How do you differentiate quinoa quality? 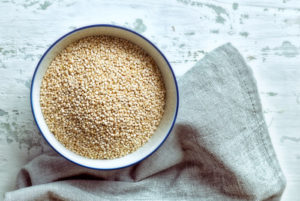 Quinoa also known as mother of grains is actially a vegetable seeds that is low in GI. Often mistaken as a grain due to its appearance, is actually a vegetable belonging to the same family as spinach. It has an outer layer called saponin that surrounds the quinoa seeds to protect it from being infested by pest. However, saponin cannot be consumed by large volume by human. Saponin can be removed by various methods but some saponin cannot be removed depending on where they are grown. The best quinoa grade comes from high altitude farms which is difficult to find since high altitude causes altitude sickness and so most farmers do not want to climb up to farm at high altitude farms.

At Superlife Co, we carry quinoa from 4,200m above sea level which is one of the highest farm in Peru. Our quinoa is certified fair trade, 100% organic, vegan and gluten-free. And the best part is, you cook it the same way you cook rice. Our quinoa is also certified saponin free, implying purest and highest quality quinoa in the region. There is almost no residual, no bitter taste and does not even require rinsing or washing. Being high in quality also means that the taste will be better and it will puff up more implying that you will need less quinoa to cook giving you cost saving.

Quinoa is low in GI (sugar level) and is hence suitable for people who are looking for weight loss, an increase in metabolism rate and diabetes friendly diet. The chart below details the different common food and their GI level. 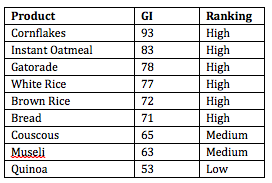 You can grab your 1kg or 5kg white quinoa here

« Top 21 Christmas Recipes
What is the difference between cacao and cocoa powder? »
X